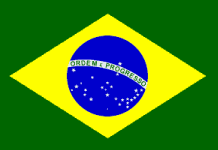 Brazil is a vast country, only slightly smaller than the United States, and by far the largest, most populous, and most economically stable country in South America.  Despite its comparitively impressive growth and stability (as compared with other South American countries), Brazil is still seen as a developing nation, and is grappling with some serious social and economic problems.

The country is largely made up of wild jungle and rainforests - a paradise of tropical flora and fauna.  Although huge areas of rainforest have been destroyed in recent years, the population is now becoming more ecologically aware, and the importance of conservation is beginning to enter the collective consciousness.

Most of the 170 million citizens live in the towns and cities along the coastline, although the capital city Brasilia is further inland, and there is an ongoing effort to develop the country's interior.  The Federative Republic of Brazil (to give it its full name) is made up of 27 states (each of which is represented by a star on the nation's flag).  After 300 years of Portuguese rule, the nation became independent in 1822.

The equator runs through the far north of the country, with the country's highest mountain, Pico da Neblina, lying almost exactly on the equator.  Most of the country is hot all year round and suffers frequent droughts, whereas the south is more temperate and occasionally sees frost in the winter (June to August).

When I went to Brazil with my wife, in November 2004, we visited Recife, Salvador, Vitória, Rio de Janeiro, and Santos. 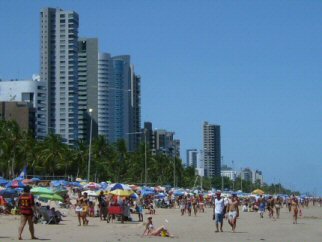 The word 'recife' means 'reef', and the town is so named because of the rocky coral reef that skirts its shoreline.  It is safe to swim in the sea on the nearside of the reef, but shark attacks have occurred on the other side, so bathing out there is not recommended!  The water is comparatively warm, and the golden beaches of 'Praia de Boa Viagem' ('beach of good journey') are gorgeous.

Huge skyscrapers look directly onto the coast - an unusual and impressive sight for an Englishman!  The day we arrived was a public holiday, so most of the shops were shut, and the beach was packed.  Lazing on the beach drinking ice-cold coconut water straight from the coconut - what could be more relaxing?

Everything is very cheap here - on average, about 5-times cheaper than the UK (in November 2004).  A fresh chilled coconut (with the top hacked off by a machete) will set you back 1 Real - about 20p!  A litre of beer served to you at your deck-chair on the beach is only 70p (about 1.30 US dollars).  Of course, average wages in Brazil are very low, so to the locals it isn't cheap. 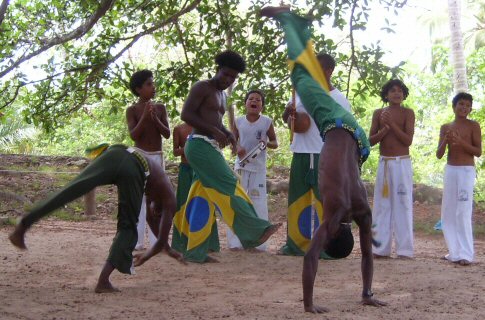 A Demonstration of Capoeira
Salvador (or 'Saviour') is the captial of the state of Bahia.  Bahia is the home of 'Capoeira' - a traditional martial art which requires impressive acrobatic body movements and precision timing.  In the days of the slave trade, it is said that the slaves would fight using capoeira to settle their disputes because when the masters looked on they appeared to be dancing, and therefore would not be interrupted.  These days, capoeira is used mainly for entertainment and keeping fit, in much the same way as karate and other martial arts.

Baby Turtles at the Tamar Project
Close to Salvador, the town of Praia do Forte is the home of one of the 'Tamar Project' turtle observation and conservation areas.  Various species of sea turtle are monitored, and protected nesting grounds are provided.  Some specimens are kept in captivity, which allows tourists to have a closer look.

There are also some beautiful areas of Atlantic rainforest in this vicinity.

As we approached Vitória ('Victory') by sea, the landscape looked like a postcard scene - a picturesque bay interspersed with islets, bridges, and various boats and ships, framed by the lush green forest-covered mountains in the background.  The town itself was rather disappointing though - run-down and dreary (not helped by the fact that it was raining most of the day).  We only saw a small part of town near the docks though, so it would not be fair to judge it all based on what we saw.

Spectacular!  Well, actually, as we approached the bay, the captain of our ship announced that the statue 'Christ the redeemer' could be seen up ahead, so I rushed up on deck to see...a tiny speck sticking up on top of a hill.  "Is that it?" I thought.  So approaching by sea was actually not that spectacular to begin with, but once we actually got there - it was amazing. 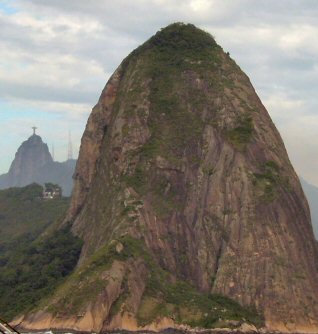 Although my first impression of the Cristo Redentor statue was perhaps a little disappointing, a close-up look more than made up for it.  The statue itself is enourmous, and looks out majestically as though keeping watch on the city.  We came down the mountain on the gently winding corcovado railway.

Crime is a big problem in Rio (as with other Brazilian cities), but we stuck with our group and didn't experience any problems.  The 'Cariocas' (as people from Rio de Janeiro call themselves) are generally friendly with a sunny disposition.  The carioca accent is somewhat unusual though - more slushy than most Brazilians (they pronounce 's' as 'sh' in the same way as European Portuguese), and not easy to understand! Rio de Janeiro has been rapidly expanding for a number of years, and a lot of migrants who could not afford to buy land or housing have set up their own shanty-town communities on the hills surrounding the city and to the north.  These squatter settlements are known as 'favelas'. 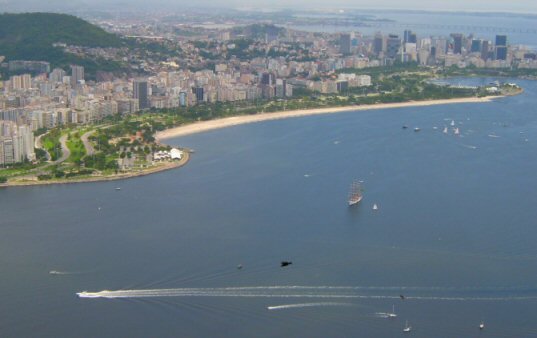 The first favelas are believed to have been set up as early as the late 19th century, when freed slaves had nowhere to live.  The current situation really took hold in the 1970's though, as more and more people from rural areas moved to the city in an effort to find work.  Space constraints and the effects of flooding on the low-lying areas forced people to settle on the hillsides, and spread upwards.
Being illegal and home-made, the 'housing' in the favelas is very rudimentary, with few or no utilities or sanitation.  Living conditions are therefore very poor, and the desperate situation of many such residents leads to a high level of crime and violence as well as other social problems.  In Rio, the contrast between the wealthy and the poor is at its height as luxurious apartment buildings and favelas nestle together side-by-side.  It has been said that 90% of the wealth in Brazil belongs to just 1% of the population - although recent improvements in the economy have seen a general improvement in living standards among the general population. 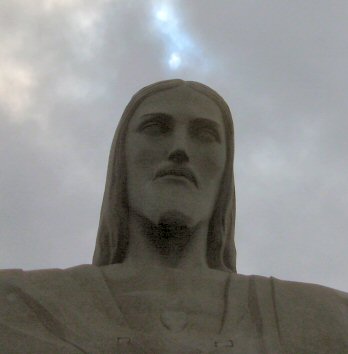 Cristo Redentor - Up Close!
From a tourist's point of view, Rio has it all: spectacular beaches, stunning scenery, gorgeous weather, and low prices.  If you visit in February, you may see the famous (or infamous?!) carnival - a riotous explosion of colour, music, dance, and general abandonment which takes to the streets every year. 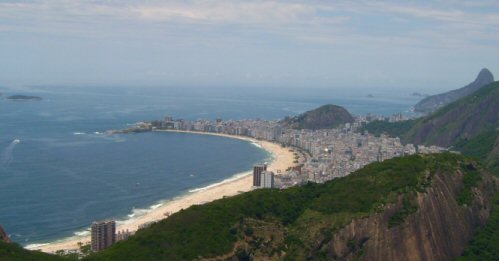 Further Reading: (all links open in a new window)

CIA Factbook: Brazil - Facts and figures about the country.

Flag image provided by FOTW Flags Of The World website at http://flagspot.net/flags/

This site uses cookies. By continuing to use this site you are giving consent for cookies to be stored on your computer or device.   More Information | Dismiss